Skip to content
0
Home > Articles > WHY BUYING BRITISH IS IMPORTANT

WHY BUYING BRITISH IS IMPORTANT

When we buy British, everything we do – from purchasing local-based produce, to combining these into satisfying and tasty meals; is beneficial for the British food industry as a whole.

With a ‘Buy British’ campaign from McCain Foodservice Solutions, we thought now was a great time to highlight why backing the British food industry is a great idea.

McCain’s British heritage dates back to their arrival in Scarborough back in 1968 and no has five manufacturing sites across the UK. The company works alongside 250 Red Tractor-assured UK potato farmers and growers to ensure kitchens everywhere are well-stocked with high-quality produce.

Offering British produce has many merits including:

Foodservice is driven by customer demand, and from a recent study, McCain revealed that 60% of consumers said they find British produce to be more appealing now than prior to the COVID-19 outbreak.

A further 31% of survey respondents said they would now pay more for ingredients from their local area, with 28% being willing to pay more for British produce.

Highlighting ‘trust’ as one of the strongest factors for consumers today – and in the future – these findings show just how important a role chefs play in consumers’ choices. It isn’t just about making delicious meals but ensuring what goes into them is top quality too.

McCain has found that fries and sides are often the first go-to taste of the meal for consumers, so it’s important they impress when they’re placed in front of diners.

We know that British food instils trust, but it has to be cooked well too and displayed in a tantalising way. Consumers’ expectations are going to be high – especially after an extended break from their usual establishments – so now would be your chance to get it right the first time.

Collaborating with consumer research specialists (Catalyx) McCain UK discovered that customers experience a heightened state of emotion while waiting for their food to reach their table and if the food isn’t up to scratch, this severely heightens the disappointment.

McCain found it to be essential that customers are pleased with the contents of their meal and delivery service. Being ‘hangry’ and disappointed, they found, can cause a knee-jerk reaction to a negative review or complaint online.

As British food doesn’t travel as far it has a lower carbon footprint than most foods that are imported, highlights LoveBritishFood.

Meat produced in Britain is also made to some of the highest welfare standards globally, which means you’ll be doing good in all kinds of ways.

You’ll have the assurance of knowing what you’re buying – and cooking – and your customers will have that same assurance when enjoying their favourite meals. 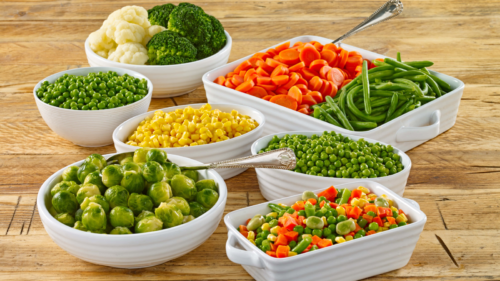